While a majority of the revenues are generated in China, Perfect World operates its games in North America, Europe, Japan, Korea and Southeast Asia through its own subsidiaries. Perfect World’s games have also been licensed to leading game operators in a number of countries and regions in Asia, Latin America, and the Russian Federation and other Russian speaking territories.

Perfect World intends to continue to explore new and innovative business models and is committed to maximizing shareholder value over time. 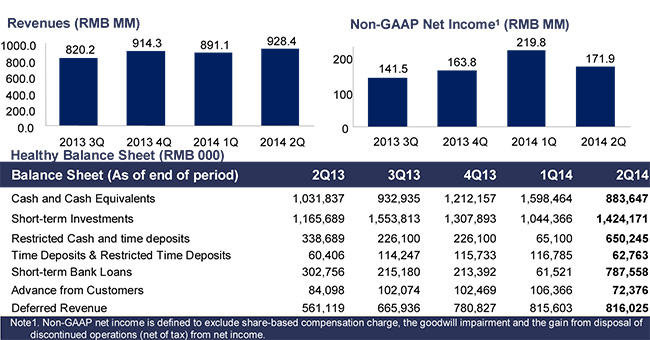 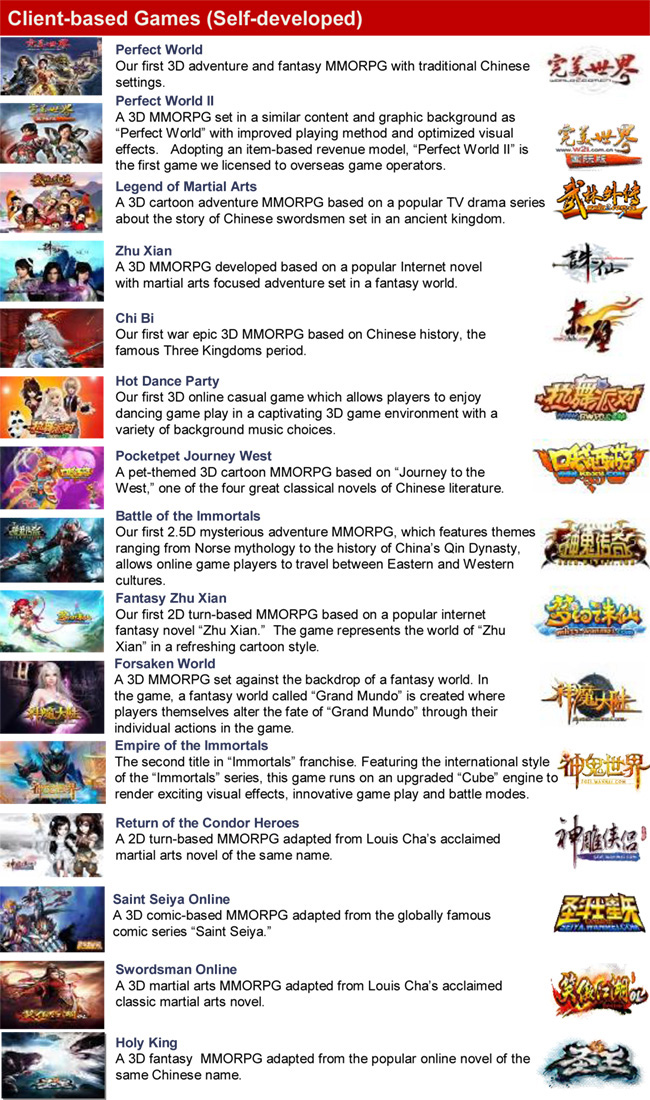 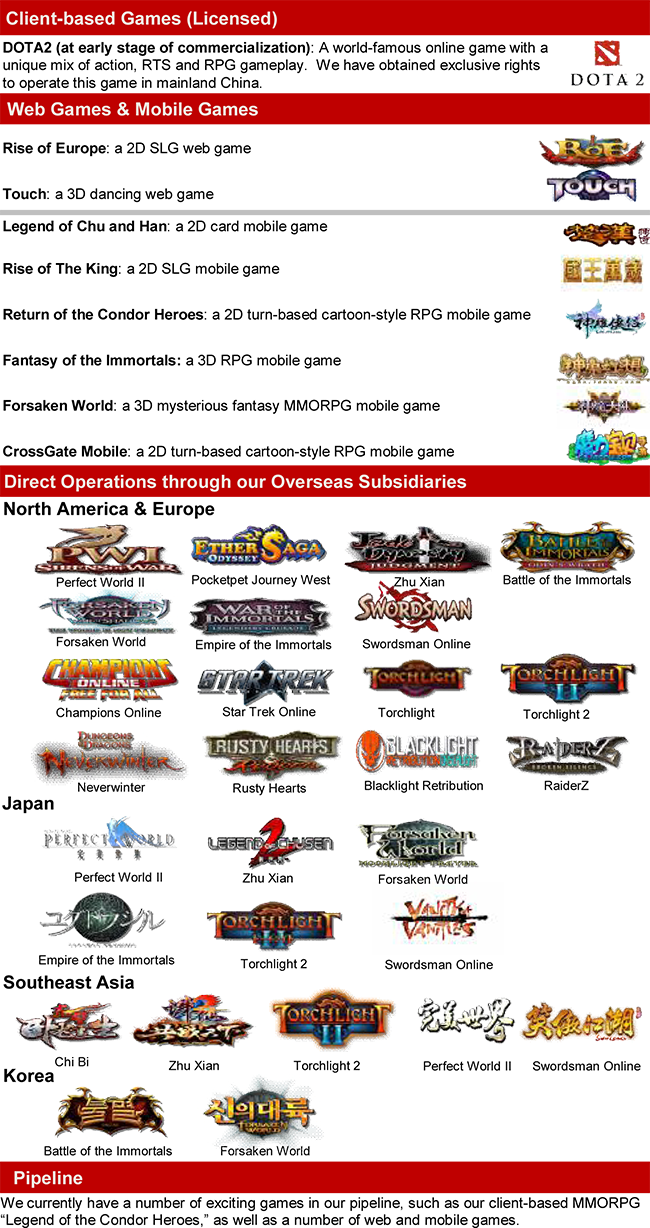 In June 2014, Signed an agreement with PT. Interactive Prima Online, an online game publisher in Indonesia, to license “Swordsman Online” to Indonesia.

Recently, entered into a share purchase agreement to acquire a total of 30,326,005 class A ordinary shares of Shanda Games Limited (NASDAQ: GAME) (“Shanda Games”), a leading online game developer, operator and publisher in China. Pursuant to the share purchase agreement, we acquired these shares from a wholly- owned subsidiary of Shanda Interactive Entertainment Limited, the controlling shareholder of Shanda Games, for a total consideration of US$100 million in cash. In addition, we have also entered into an adherence agreement to become a party to the consortium agreement dated as of January 27, 2014 between Shanda Interactive Entertainment Limited and Primavera Capital (Cayman) Fund I L.P., an affiliate of Primavera Capital Limited, and participate as a new member of the consortium in the proposed “going private” transaction with respect to Shanda Games.