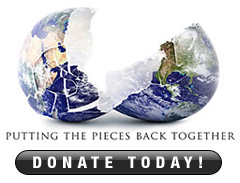 About Us | What's In a Name? Why Humpty Dumpty? | Where We Work | Who We Work With | Why We Do the Projects We Do
Board of Directors | Congressional Advisory Board | Celebrity Spokespersons | Staff | Employment | Internships | Financials
Chicken Soup for the Soul | Feed an Animal in Need | Perfect World

Mary Wilson of the Supremes

Mary Wilson, along with Diana Ross and Florence Ballard, was one of the legendary Supremes.
...read more

Her music is known around the world and she and the Supremes were inducted into the Rock and Roll Hall of Fame in 1988. In addition to performing, Miss Wilson is the author of "Supreme Faith: Someday Well Be Together," and the best-seller "Dreamgirl: My Life as a Supreme." In 2003, she was appointed a Cultural Ambassador by U.S. Secretary of State Colin Powell and under took missions on behalf of the U.S. Department of State in Botswana, Bangladesh, Pakistan, Bosnia, Mozambique, Oman, Uruguay, and Argentina. Miss Wilson has served as a Celebrity Spokesperson for HDI since 2007, when she made her first trip to Sri Lanka and Laos, to review HDI’s mine clearance, dairy development, and school feeding programs. Her most recent trip on behalf of HDI was to Russia in December 2011.

Mike is best known for his role as firefighter Mike Silletti in the hit television series Rescue Me.
...read more